The Final Week in Kigali

Although it’s hard to wrap my mind around it, the first half of my time in Rwanda is coming to a close, as is my time in the capital city of Kigali. Our classes have been busy preparing us for month two, where we will be sent out with our partner to different hospitals throughout the country and work as Biomedical Engineering Technicians (BMETs). I will be going to the town of Muhanga in the Southern Province to work in the Kabgayi District Hospital, and I am both nervous and excited to see where I will be living and working for the next month! However, I feel like I just now have started to adjust to living in Kigali. The rhythm of the city has become less foreign to me: I am starting to navigate the streets with relative confidence, I am learning the rules of bartering (you have to be careful not to be charged “Muzungu prices!”), and, in a more macroscopic sense, I feel like I am starting to find my place here. I know that once I move to Muhanga, this process is going to have to start all over again! But such is the way of learning to be in a new place, and I am excited for what is ahead.

This past week, in preparation for month two, our group spent two days working at the central teaching hospital in Kigali, called CHUK. Directed by the head BMET, Baptiste, we worked on rooms full of broken medical equipment and began utilizing our training from these past few weeks. Our first project was a simple automatic syringe pump– in the matter of about an hour, we found out that the problem was simply that the system wasn’t properly shut down and drained its reserve battery. While I wouldn’t exactly call “plugging it in and letting it charge” a technically impressive solution, this apparently is a very common problem! After seeing the system working again, we felt like champions. We had fixed our first piece of equipment!

I am fairly certain that Baptiste was silently laughing at our false sense of confidence, because the second project he gave us immediately drained any sense of confidence I had just received. Rather than try to explain the situation, I think pictures would do a better job: 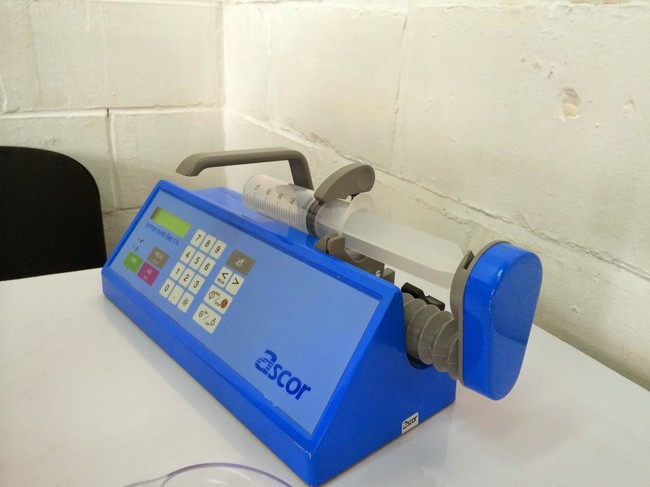 A portion of the front panel of our second project: 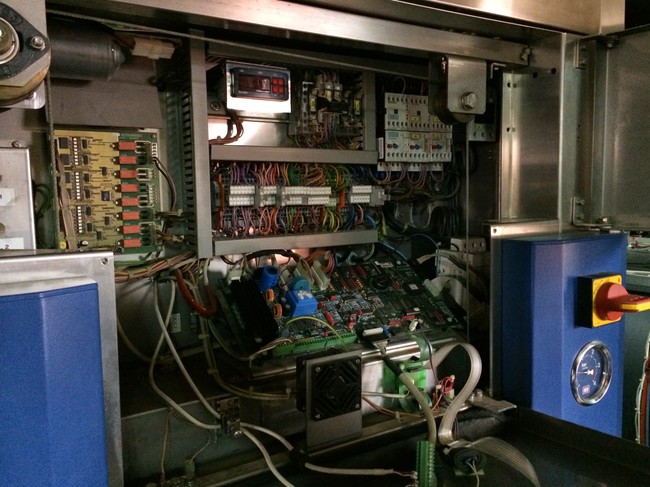 Not quite as simple as I had first hoped.

The machine we were working on was an autoclave, a system designed to sterilize hospital equipment with extremely high-temperature steam. Its use is standard in hospitals in the developed world, and the systems installed at CHUK were donated versions that were impressively up-to-date. The machines take up an entire room and utilize a huge network of water purification, steam generation, and piping systems that takes up yet another room. As Baptiste showed us the setup, I felt a sudden and acute sense of apprehension– I was completely unqualified to even tweak settings on this incredibly sophisticated machine, much less diagnose and fix a problem with it! This feeling only grew as I thought about the looming challenges of month two, where hospital staff will be depending on me to be able to fix critical equipment failures such as an autoclave. Pushing these feelings aside temporarily, I cracked open the first panel and began troubleshooting.

What followed was hours of wire tracing, part swapping, and attempts at deciphering a user manual written in French. My partner and I bounced ideas off each other and Baptiste, who brought us the necessary spare parts to test our ideas. Finally, at the end of the day, we had tried a million and one different approaches, to no avail. I left that day feeling a little defeated, but also with some of that confidence restored. We were able to analyze the problem and eliminate possible sources of error, and in the end I had a much better grasp of the operation and maintenance of an autoclave. More importantly, I realized that I will be faced with many situations where I will look at a piece of equipment and have no clue where to begin, and calmly approaching the problem systematically will help me to understand the situation and better help the hospital staff.

I am reminded of something my dad always told me: “God doesn’t call the qualified, He qualifies the called.” I am taking great comfort in that statement now as I am preparing to step into a critical role at Muhanga. Both technically and culturally, I know that I have much to learn– but I know that God wouldn’t have called me here if He didn’t intend for me to do something to help. I look forward to this new challenge with anticipation, and I can’t wait to see what is in store for this next month!

I was struggling to decide what to write my first post about, as in the five days I have been travelling I have experienced an overwhelming amount of new information and culture. Of these experiences, however, I think the most notable... Continue →