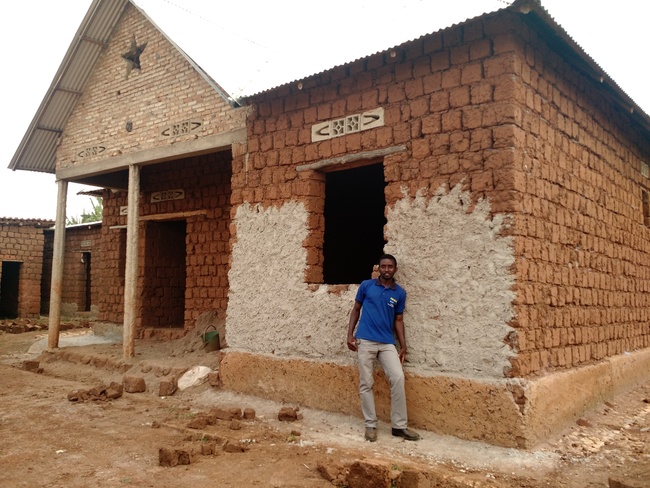 My friend Junior posing next to the house he is building for his future family. I visited his house last year as well, and he’s made a lot of progress in a year!

I have found during my time as OTGC that my job entails moving to many different places, covering lots of ground, but never really rooting myself in one place. This is a big difference from last year, where I was able to really integrate myself into Muhanga and embrace the town and lifestyle and people and let it impact me. I have spent a lot of time this year viewing Rwanda from arm’s length, and while it is a valuable perspective, too much time there can make you lose sight of what’s important.

When we talk about Rwanda, or Africa, or “developing countries”, there is often a divide that manifests itself in our perspective. A newsman once said that “Americans love cartoons,” and while I agree with him, I think that everyone (not just America) falls into this category: we paint caricatures of every country based upon what we read in the news or see on TV, and that is our reference line for understanding the history and people of these nations. I am as guilty of this as the next person; quite frankly, it makes the world a much easier place to understand. The only problem is that it’s just not how the world works, and it becomes abundantly clear the minute I suspend these assumptions and actually talk to people.

This weekend, I visited my friend Junior, who was one of my contacts in Muhanga last year. Junior is a truly amazing guy, a forward-thinking individual who works harder than anyone I know to build a future for himself and his family. Since this is my last week, I made a point to visit Muhanga on my day off and go hiking with him and the two students stationed at Kabgayi Hospital this year, Jake and Corey. Although it took a lot of willpower to get back in a bus on my day off (tack another two hours of transit time onto that growing total), I am so incredibly glad I made the journey. 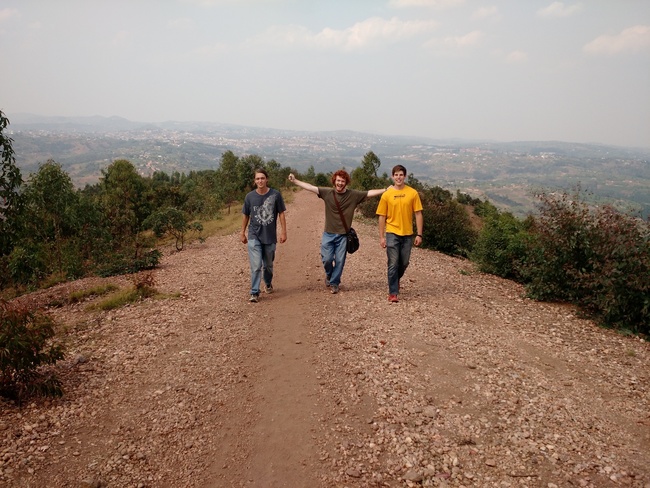 We walked a really, really long ways. I had to keep morale high!

Junior took us on a four-hour trek through his village outside Muhanga (the village was called Kutown, or “in town”) and up into the mining hills that loom over the city. As we walked, he introduced us to all his brothers and showed off his house, still under construction. Junior has been working on his house for several years now, and he has made some incredible progress; he’s now adding separate rooms in order to rent them out and help pay for the construction, and the leftover money is going into an account for his firstborn’s school fees. It’s worth noting that Junior isn’t even married yet; he knows personally how hard it is growing up without money for school, and he has resolved to never make his future children worry about that. He also showed me the guest room of the house, which he hopes I will get to sleep in one night when he is married and the house is complete and I come back to Rwanda. I really do hope I can take him up on that offer!

As we passed Junior’s village and moved on to the mining hill, we were struck with absolutely breathtaking views of Muhanga and the western road to Kibuye. The trail led up to a pine tree forest, and the silence at the peak was so impressively powerful that Jake, Corey, Junior and I all just sat quietly and absorbed it all for several minutes. After a while, Junior told us that whenever he had problems in his life, he would always come to this peak to get away from everyone for a while and think and pray. I was honored that he had taken us to a place that was so important to him. 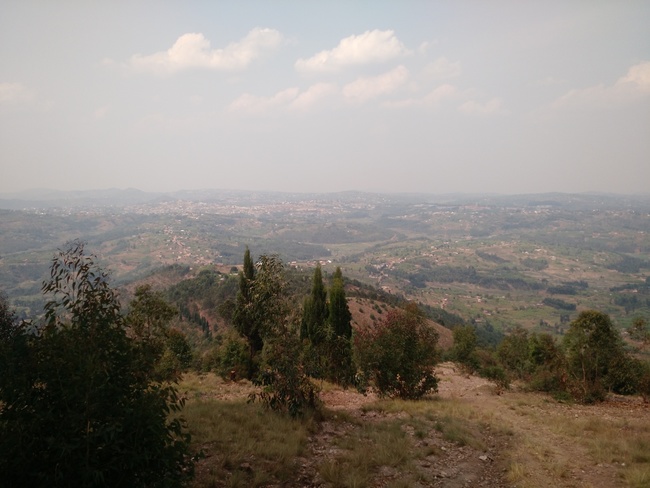 View from the peak of the mining hill. Muhanga is the white strip near the horizon, and virtually no city noise reached the peak.

Sometimes it takes the Juniors in our lives to remind us that there is so much more to know. I had been struggling this month with feeling detached, like I could only look at Rwanda through a glass window; in being so wrapped up in my own worries and frustrations, I could only see Rwanda as an academic problem, a sociopolitical force, a nation working to build a name for itself. My time with Junior reminded me of the truth: Rwanda is a nation of people. Each person has their own story, their own struggles, and their own dreams. Often, these people have been forced to overcome adversity that we cannot even imagine, ranging from genocide to staggering poverty to staring killers in the face and forgiving them; but they are people, just like us. Junior and I are friends because we, as people, get along! How simple is that? And if I open my heart and mind to talk with the strangers I meet every day, how many other incredible people could I meet?

No matter the differences between two people, we always have the human factor in common. As cheesy as that may sound, it is the bridge that connects us all to each other. Considering it makes the world a much more complicated place, but I can personally say that it’s much better that way. 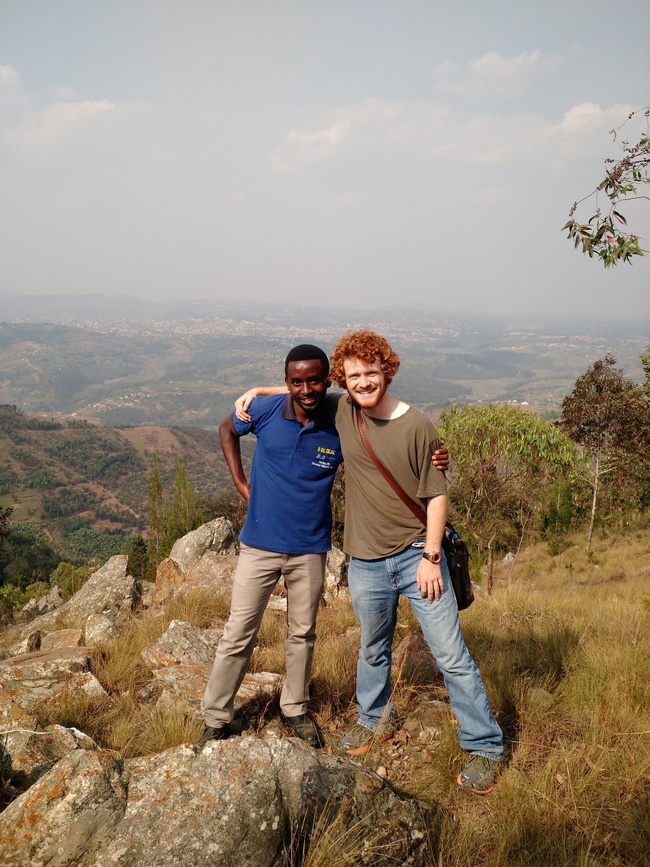 The Final Week in Kigali

Although it’s hard to wrap my mind around it, the first half of my time in Rwanda is coming to a close, as is my time in the capital city of Kigali. Our classes have been busy preparing us for month two, where we will be sent out with... Continue →