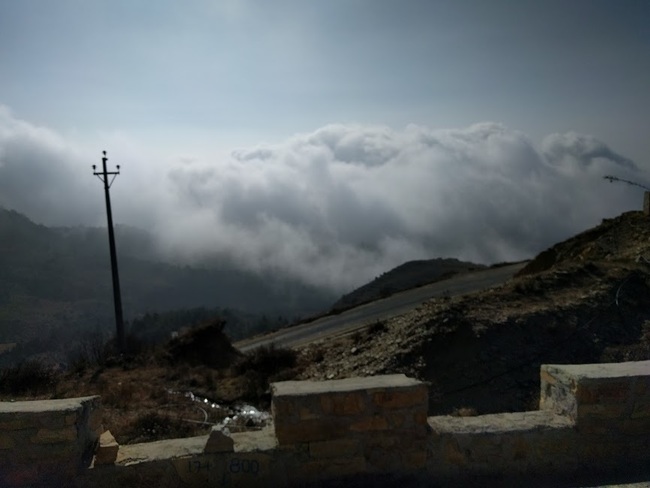 Driving above the clouds on a mountain switchback

My last week in Nepal has been an incredible and crazy journey, and I have Okhaldhunga to thank for that. I’ve met some incredible people and seen some beautiful places, and most importantly, I have been reminded why developing world medical technology matters so much.

After transferring from Bir Hospital, our hospital team began a journey to find a new hospital for the upcoming Summer Institute. We hopped in a jeep early Sunday morning and drove 10 hours into the eastern region of Nepal; in the process, I got to see a whole other side of the country that Kathmandu had somewhat sheltered me from. The road started out as a smooth blacktop that gradually degraded into a rockier path punctuated by the occasional landslide; switchbacks carried us up and down colossal hills, occasionally poking our heads above the clouds and giving a stunning view of the Himalayas to the north. At river junctions, half-built bridges stood abandoned and our jeep slowly weaved around the pylons, driving through the shallow river bed. The single-lane road often led to standoffs with large cargo trucks and passenger buses, requiring that we slide past each other with only an inch for space on a steep gradient. As we got further out, the road became a bone-rattling path with only the occasional paved patch. Needless to say, I loved it!

After a long journey, we finally arrived at a small town called Okhaldhunga. There was nothing much to suggest that we had hit the central town in this district beyond the sign marked “Okhaldhunga Bazaar” and a small collection of shops; however, this place actually held two different hospitals, each serving a huge portion of the district’s population. Our goal was to see if the mission hospital in the area would be a good site for students to work this summer, and so we found ourselves driving down another dizzying set of hills to Okhaldhunga Community Hospital. It’s a small 50-bed hospital spread out across the face of a hill, and it is operated by a Norwegian couple who have worked there for 12 years. We were invited to have tea with them on our first night and they explained to us the rationale and purpose of the hospital, which primarily focused on community involvement and outreach. They were investing heavily in improving maternal health in the district as well as making healthcare services more widely accessible to people that were in remote regions, and after spending a few hours talking with them, it was clear that they had a forward-thinking vision about changing the way healthcare was being delivered in their hospital. When we explained the purpose of our organization and the focus we had on providing better support for biomedical technicians and staff to repair medical equipment, they immediately agreed that we should take a look around the hospital and see what we could do. And so, with very little preparation, we jumped into working with the maintenance department and evaluating the hospital’s medical equipment. 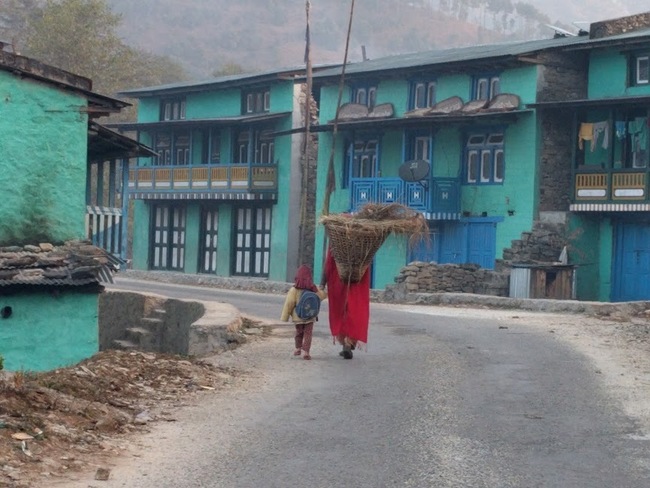 A mother and her child walking along the streets of Okhaldhunga

I want to take a pause here, because viewing things from the bird’s eye view (i.e. EWH, picking hospitals, trying to evaluate a hospital’s impact on its community) often distracts from the reality of what happens in the day-to-day struggles of the hospital. These doctors operated in extremely limited environments and went above and beyond for their patients; more than I ever felt in Bir Hospital, the doctors and staff at Okhaldhunga genuinely cared about the people that came through the door and took their cases to heart. In a bible study session that I visited on my last night, the doctors went around and raised prayer requests for cases that were particularly difficult or patients who had to be referred to Kathmandu. In fact, I think what impacted me so much about my time in Okhaldhunga was that the staff, doctors, and administration were so open with the challenges they faced and welcomed us to face them together and come up with solutions. It was an incredibly humbling environment to work in.

One particular issue that this hospital faced that stuck out to me was their lack of patient monitors. In previous posts from my time in Rwanda, I mentioned about how I am developing a patient monitor for developing world usage; never before did I feel the urgency to develop this technology as I did at Okhaldhunga. The hospital only had one functional monitor in their operating theater, and the result was that patients in the ICU couldn’t receive any monitoring beyond a half-functioning oxygen monitor for detecting COPD. As I spoke with Dr. Erik (the Norwegian doctor in charge of the hospital), I realized that serious innovation in healthcare would be required in order to bridge the gaps the hospital was facing– and not just with patient monitors, but with every piece of equipment in the hospital.

Here’s the real surprise, though: that innovation is actively happening now. One of the most incredible benefits of this trip was meeting such a brilliant set of engineers who genuinely care about improving developing world healthcare through technology. David, is actively involved in researching and developing a low-cost CT device that would dramatically improve diagnostic capabilities in rural hospitals; Yiteak is developing low-cost glasses frames to give easier access to corrective glasses across the globe (www.viflexglasses.com); Sameen is looking to improve healthcare policy and the avenues by which people can access medical care; and the list goes on. Being among such brilliant and dedicated individuals has helped to remind me that even though the problems facing developing world healthcare often look overwhelming, people are stepping up to the plate to address these challenges head-on. I’m not the only person who feels called to wrestle with these problems, and knowing that gives me a large degree of comfort and confidence that solutions are possible. 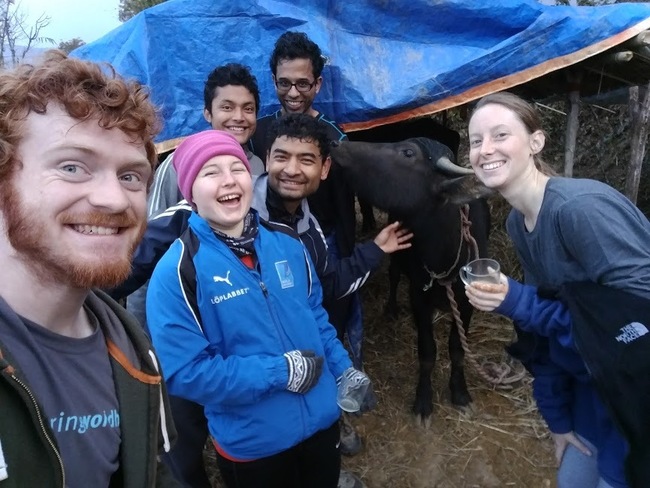 During my short time at Okhaldhunga Community Hospital, I bonded tightly with the staff. Every morning, we would wake up at 5:00 AM to go on morning “walks”, which would inevitably turn into sprinting up the sides of hills for about three hours. The crisp mountain air, far from the pollution and dust of Kathmandu, felt like drinking refreshing water every morning; even though the altitude made it tough to breathe, I enjoyed every minute of it. While we walked/climbed/ran, we got to talk with the hospital staff and get to know them better; we ended up visiting the homes of three different hospital employees, and by the last day we even managed to keep up with them! Okhaldhunga welcomed us with open arms into its community, and in doing so it opened doors for me to understand the daily concerns and needs of the hospital so much better than I ever did at Bir. 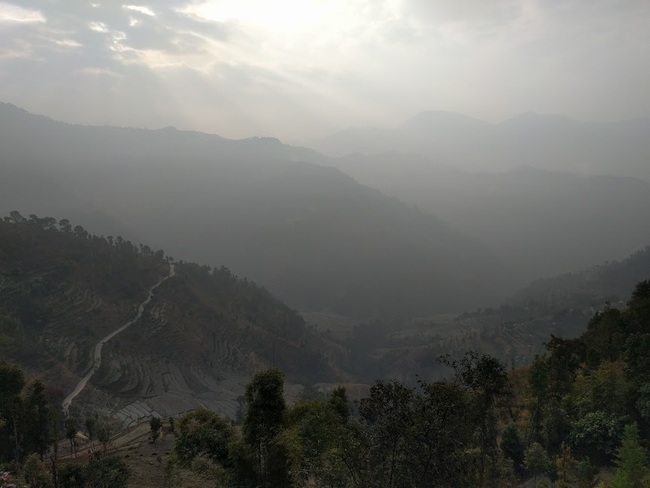 Now, after all of these incredible experiences, I find myself sitting in an airport terminal on my layover waiting to return to my normal life in the States. But even at that phrase, I have to pause; what is a “normal” life? After the three months I’ve spent in Rwanda and three weeks I’ve spent in Nepal, I could never honestly say that I could just return to the status quo that existed before I left. I’ve seen a real need for medical equipment, and I’ve seen real people struggle with this real problem– and these people have even become my real friends! Even if I could pretend like I could box up my experiences as a neat vacation and then put it away, I would never choose that– it would mean that I never learned from any of these journeys at all.

So what exactly have I learned from all of this? Many things, as might be expected, and also many things that I don’t exactly understand yet. But perhaps the singular lesson that all of my travelling, and Nepal in particular, has made clear to me is this: I will never understand the depth and complexity of every culture, nor will I be able to fully appreciate the factors that lead to their lifestyles, beliefs, traditions, and problems. But if I can understand just one problem, and understand it deeply, and ensure that solving that problem will produce some significant positive impact on people, I have a responsibility to do my best and solve that problem. Just maybe, if I can accomplish that, I can leave the world a little better than I found it. 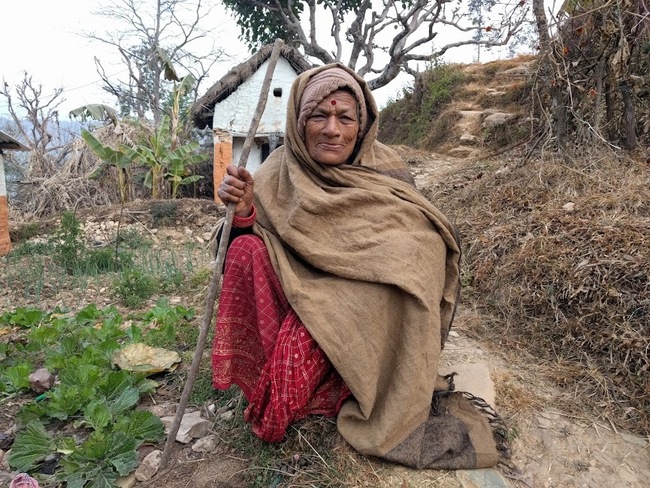 Nothing makes you feel small like standing in a bustling five-story developing world hospital, holding your toolkit and wondering where to start fixing things. Even though this is my third trip with Engineering World Health, I still feel... Continue →